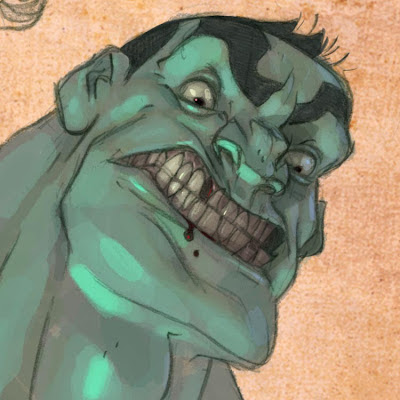 took a half hour or so out of the evening.
don't know when if ever i'll have the lux
of finishing it, other things to finish first. 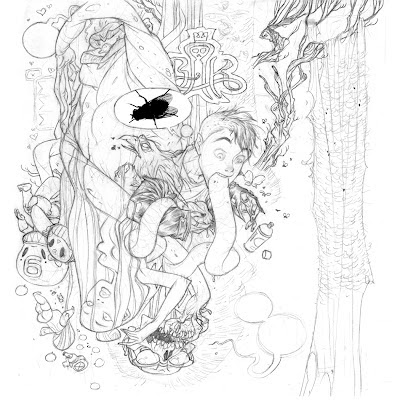 an interesting exercise and stress reliever. we'll see where it goes from here...
Posted by ben c at 12:16 PM 2 comments:

lots of work and an unexpected trip, not much time for art or posting. i wanted to blab about my favorite literary approach, reconstructivism. you've probably never heard of it, since i just made it up one day -- the name, not the concept. in fact, i'm certain some smart person has already written up volumes about it, and given it a suitably brilliant moniker. but i choose to live in blissful ignorance.

i'll just say here that reconstructivism is, unsurprisingly, a counterpoint to deconstructivism. unfortunately, it is often satirical, and is mistaken for satire or comedy, so i don't think that people are aware of it as a particular and deliberate mode of expression.

if you're still reading (and i applaud/berate your attentiveness), my literary hero is the late author donald barthelme. since this is supposed to be a brief haha post, i'll hold off on the details, and just say here that his final book "the king" is practically a reconstructivist manifesto.

"the purpose of satire (it has been rightly said) is to strip off the veneer of comforting illusion and cozy half-truth. and our job, as i see it, is to put it back again".

anyway, exercise #2 (i warned you they might be in a different order). the kiss: 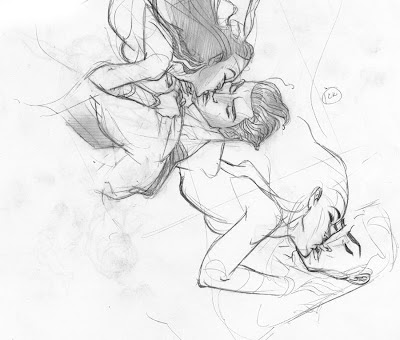 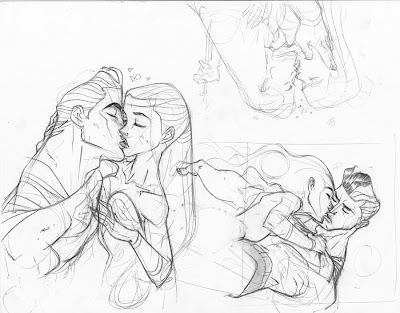 not sure that i love any of these, but they are a start. no particular reason why it's superman and wonderwoman, although i do have dc on the brain this weekend. i'll be doing more!

ps - some of yous guys might want to try these, too. just to make your lives more difficult!
Posted by ben c at 10:13 PM 3 comments: