still debating whether cheetah will have the same outfit in later run-ins. that is, she'll always look like cheetah, and have the spots, but a spoiled socialite might want to change up the details. burberry in london? what about corto maltese? we shall see. 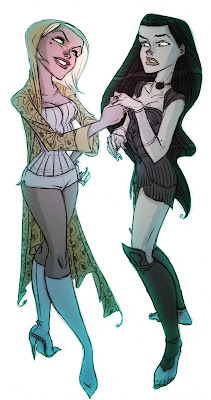 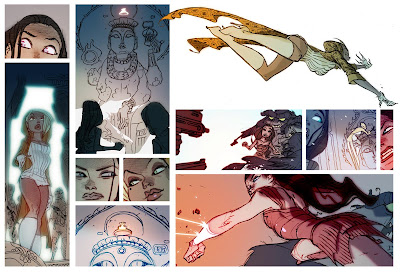 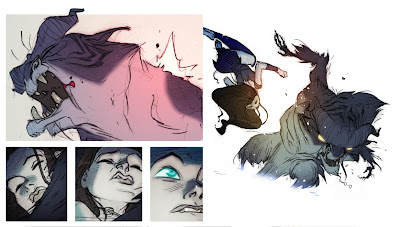 and some VERY rough ideas for the bukharastan scenes: 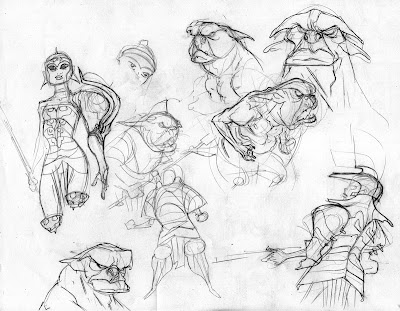 more from paradise island.
it will not end up in the actual story. 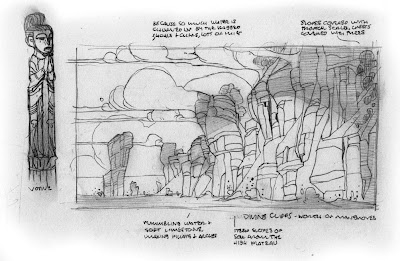 cliffs, for a deleted scene in which hippolyta laments that diana never knew their ancient homeland. 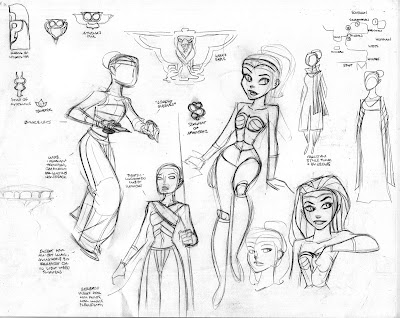 training gear, based on the fact that the amazons were originally nomads (related to the sarmatians and other tribes in the azov/colchis region), and would have been comfortable with the ubiquitous wide pants of the steppes.

and the super-cartoony ww doodles were just that, so no need to get all weepy. 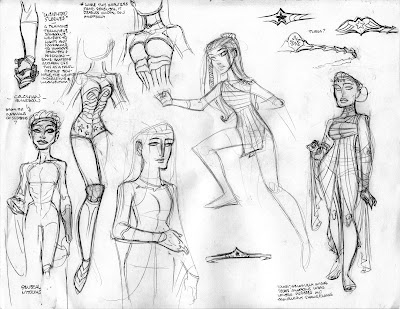 more random designs. the colchians lived on the eastern shore of the black sea -- this was the kingdom of the golden fleece, visited by jason and the argonauts. from ancient times until the 16th century the inhabitants were distinctly "east african" (dark skin, curled hair, tall and slender), and in fact there was a long tradition that they were descended from the army of pharoah sesostris, who invaded the region (http://en.wikipedia.org/wiki/Sesostris -- although the article is incorrect; several contemporary egyptian artifacts HAVE been found in asia minor and the black sea coast whose presence might be explained
in various ways, but which undermine the article's smug dismissal of sesostris's northern campaigns). 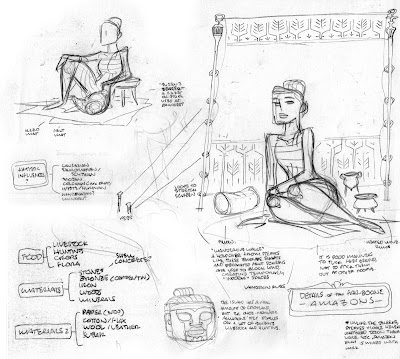 more steppes-influenced designs, and notes on resources available on paradise island and the larger region (i was surprised to find how many mineral resources were available). 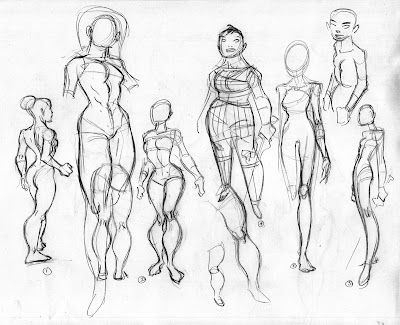 various amazon body types. to be perfectly blunt, it irks me that so many people insist that amazon=strength=bulky muscles. amazons are warriors, and raw strength is less important than fighting ability -- bruce lee could've easily flattened andre the giant. or in a more WW-centric example, hippolyta defeated heracles even though he was stronger. (or, in "the iliad" achilles, diometes -- who beat the crap out of ares -- and even hector were better warriors than super-strong ajax.) in fact, the modern obsession with tank-like might is the sort of machoism that amazons oppose. and of course, any one with common sense and a pair of eyes should know that, regardless of diet and exercise, different women (and men) are just born with different body types.
Posted by ben c at 10:14 AM 7 comments:

...at the angry lady amazon. 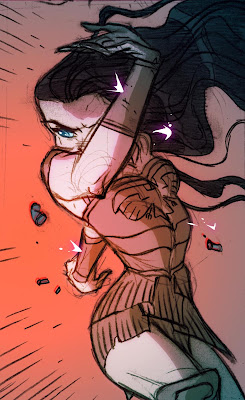